I have seen LA Witch perform 4 times in London since discovering them three years ago- they resonated with me, it was not only their magnetic, off-key romantic, dissonant sound that attracted me to them, but also their sense of nouveau gothic style (which I am transfixed by when watching them) and that quite simply the captivating feeling in your stomach that the story they are telling is a dreamy reminder of your own twisted tales.

The support band Yassassin which was a composition of five females from London (the name potentially inspired by one of David Bowie‘s lesser known songs?) playing bitter sweet soft punk tracks, with names such as ‘Cherry Pie’ and ‘Pretty Face’. They introduce an incessant beat reminiscent of The Runaways, and encapsulate the DIY approach to sound paralleling The Slits. The styling of the band on stage was true to the 80’s CBGB club silhouette, imagine Debbie Harry, but with pastel pink filter. 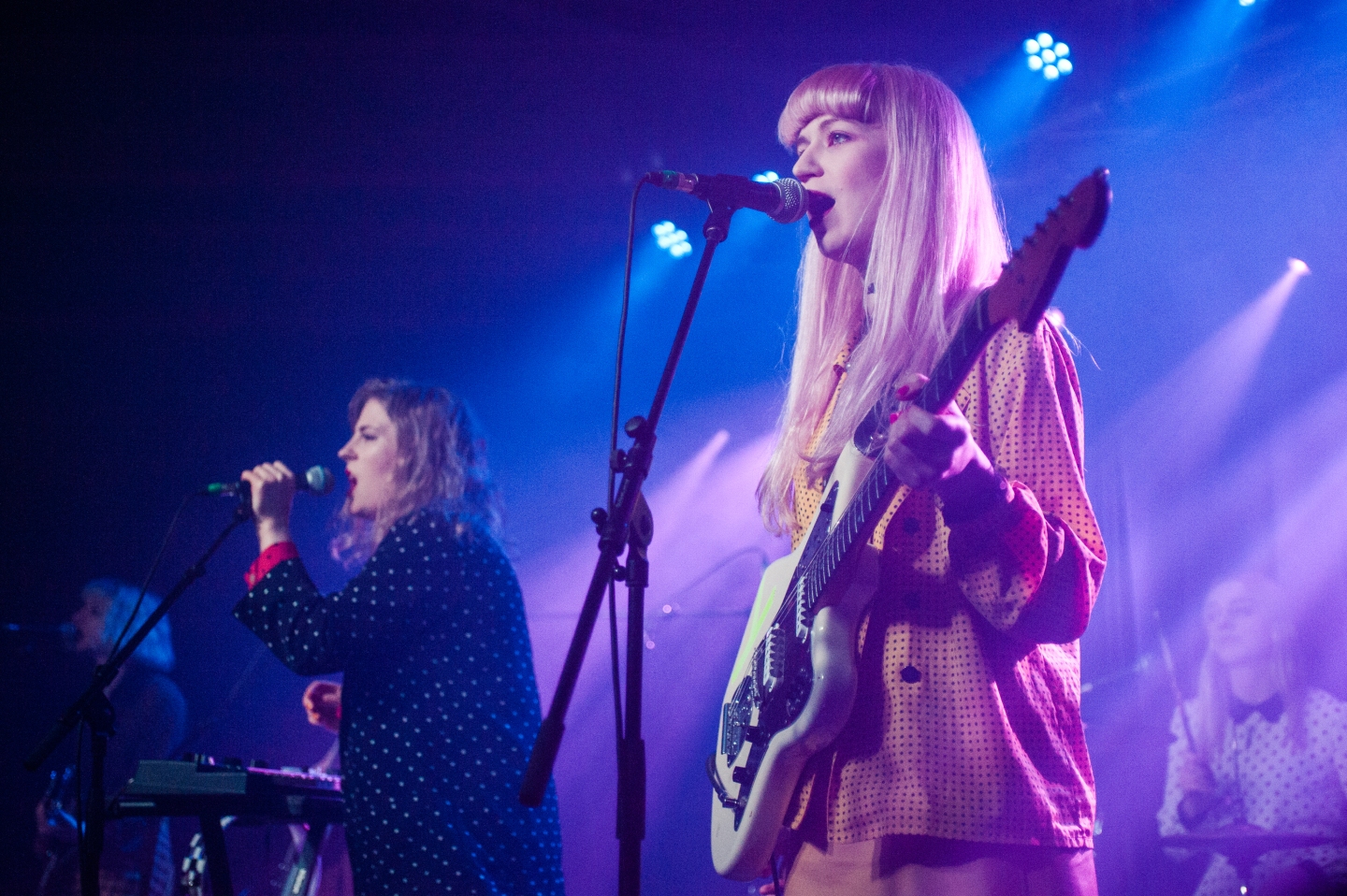 The band are definitely more on the softer side of the riot grrrrl culture, but with lyrics such as “If you like my pretty face/I’ll wash it off” highlighting issues of sexual harassment and female empowerment, these girls were just the right amount of rock n roll sugar to keep the crowd sweet.

In that moment the crowd are transported to dark psychedelic version of a love story you once knew that turned bitter. The self-titled album (available on digital and vinyl) lures you into the feeling of driving through at neon lit town all alone in the darkness; or meeting a mysterious stranger just to have your heart broken, and the aftermath of that melancholic weakness. Sade punches out lyrics such as “You love nothing/why do I want you” with vocals paralleling The Velvet Underground’s ‘Nico’, in perfect nonchalance.

Many of the songs hit a tempo similar to that of The Cramps or Bikini Kill, but the layering of sound is something more ethereal that can be linked closely to the likes of Mazzy Star’s ominous back catalogue.

If you check out any tracks by LA Witch make sure its ‘Kill My Baby Tonight’ (“I’m gonna kill my baby tonight/If he don’t come home on time”) painting a picture of the darker side of romance. And also ‘You Love Nothing’ With lyrics such as “I wish I has a heart as cold as yours” which is enough to make any melancholic individual to sit up and listen. The band is also technically musically very strong, Ellie drives every song with a poignant drumbeat, whilst Irita plays the bass line with ease, in a hauntingly offhand manner.

We Are Part Of Arts Against Austerity