If I told my teenage self that I was one day going to be photographing and reviewing Maximo Park in Cornwall I probably would of laughed in your face, but recently this became a reality as they arrived in Falmouth to play at the Princess Pavillions on their Risk To Exist Tour.

It has been a long time since I have been to a show at the Pavilions, in fact my last gig I saw there was The Dub Pistols a good 3 years ago and I remember being somewhat disappointed with the venue. However, this time round I was absolutely taken back by what the venue has become, the staff are fantastic and friendly, beverage prices are actually pretty fair and the addition of the garden makes for a comfortable pre show drinking area. Before I had even seen the band I was elated. 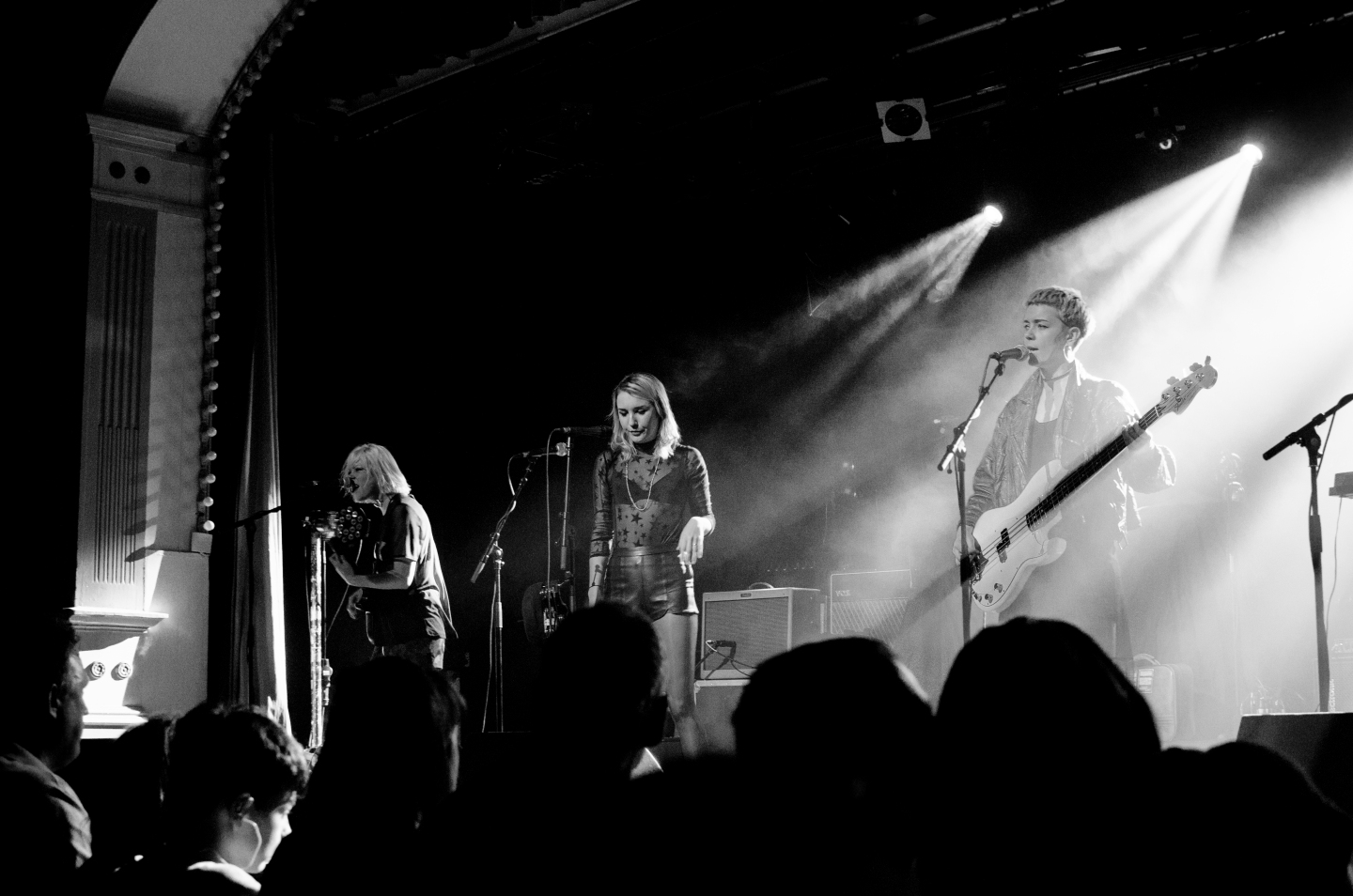 As we made our way into the stage area we were greeted by the delightful sounds of PINS, an all female barrage of gritty rock ‘n’roll. Although, admittedly I only caught the end of their set I haven’t stopped listening to their latest EP ‘Bad Thing’ I have been so hooked on this guys it is unreal.

After they left the stage I hurried myself towards the front, camera in hand ready to see a band that had filled my teenage days, as well as recently with their latest album ‘Risk To Exist’ as it is fucking killer! After around 10 mins of soundchecks and stage preparation the light blacked out and on burst Maximo Park, opening with tracks off their new album with the highlights being title tracks ‘Risk To Exist’ and ‘What Equals Love’. 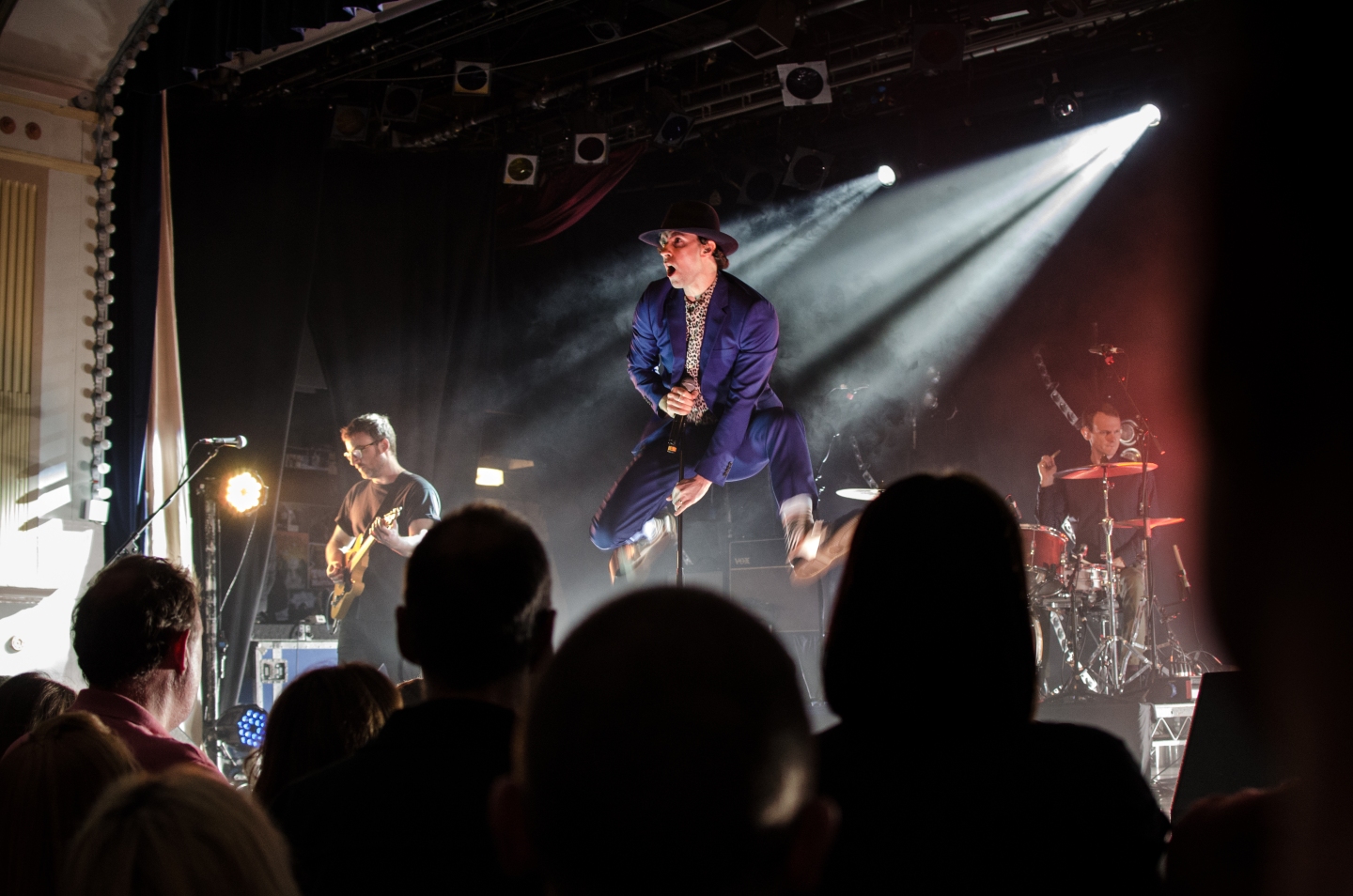 Throughout the show they played a healthy dose of old and new with lead singer Paul Smith jokingly saying “When you have 12 years of material it’s hard to play it all.”

Although they played a really varied and fantastic mix of their classics and lesser known material, all went down a treat due to the bands untaped and electrifying energy, I cannot explain to you how much of a visual frontman Paul Smith is, I have never seen a more fantastic collection of dance moves. 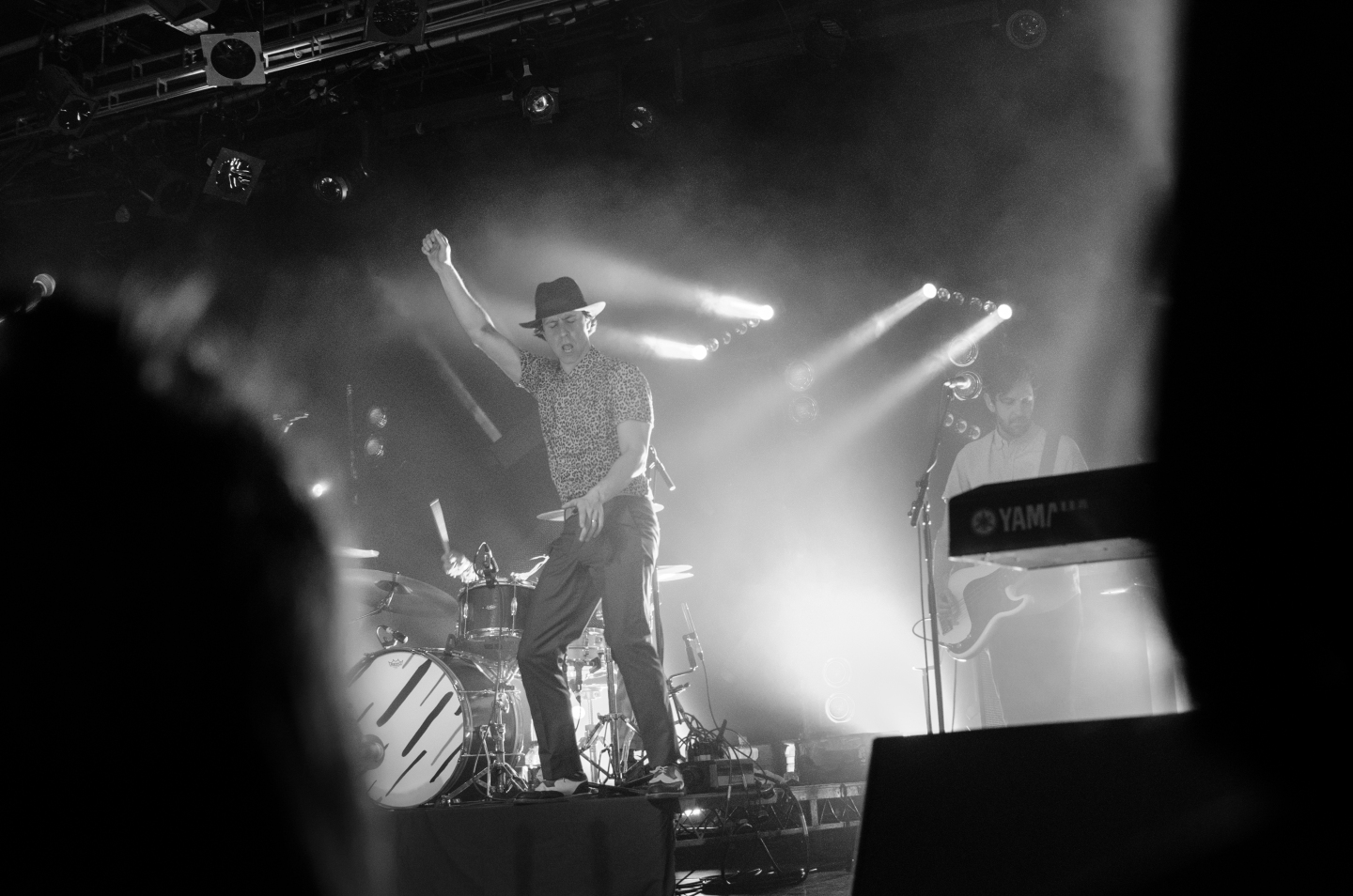 We were treated to the classics such as ‘Our Velocity’ and ‘Girls Who Play Guitars’ as well as ‘Apply Some Pressure’. However, the lesser known tracks such as ‘Work and the Wait’ still stood out but more for their lyrical content as oppose to their infamous energy. 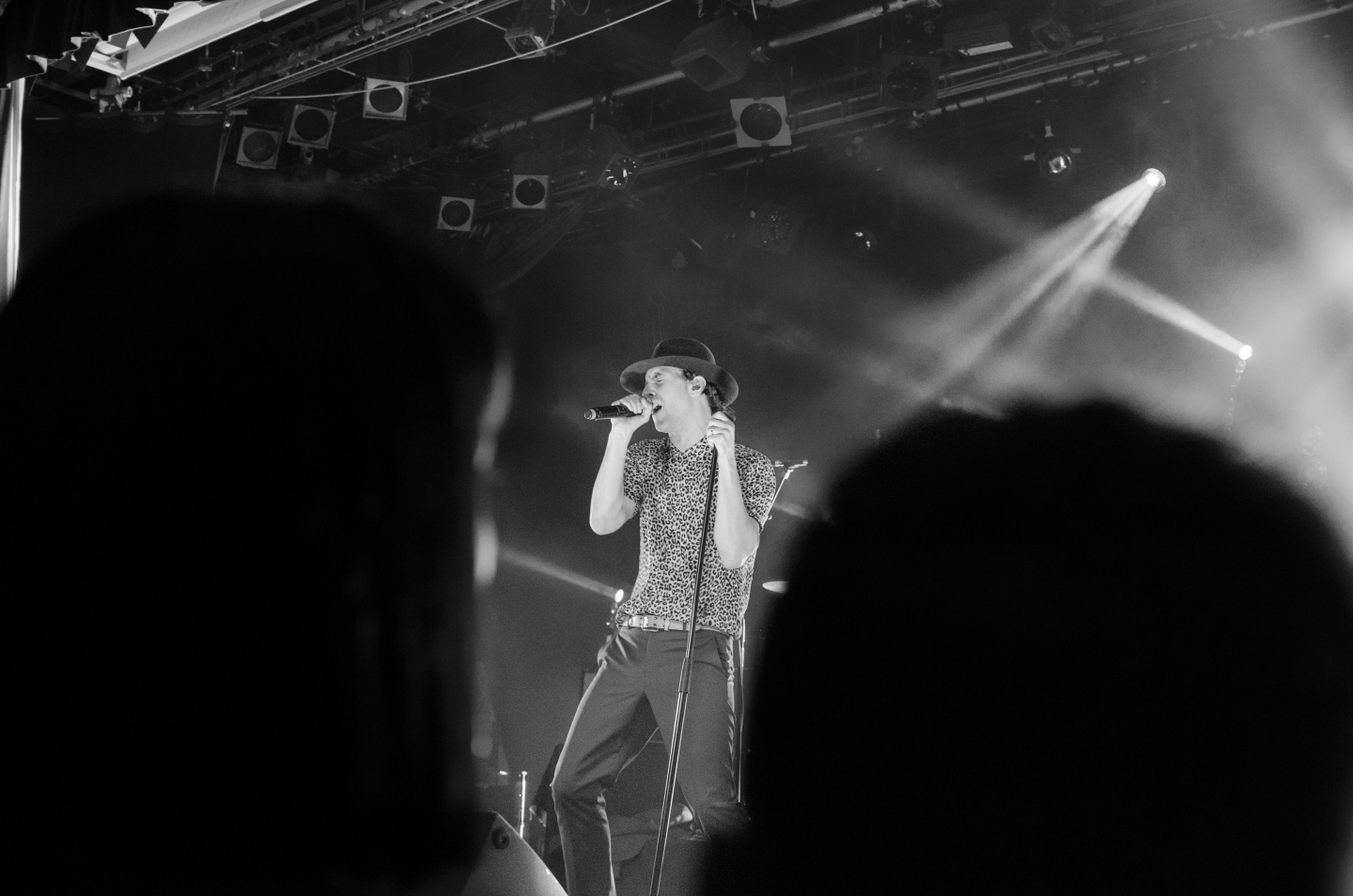 Although it was the encore that saw the band really ignited with their dastardly infectious ‘Get High (No I Don’t)’, the bass driven, riff laden track acts a perfect closer and boasts their high octane energy.

Once the music had stopped the band thanked the crowd profusely with a true sense of admiration for their fans, which as one was very heartwarming. As the lights beamed back on it was impossible for me to hide my smile, I was expecting a good night but Maximo Park provided above and beyond to what I expected.