The London based indie outfit have only been operating for around two years, but in this short time they have drawn a lot of attention their way. In 2016 they self released their debut single ‘Souvenirs’, which achieved glowing reviews from a variety of blogs and magazines. Fast forward to 2018 and a few EP’s down they are set to release their debut LP and have signed a publishing deal with Sub Pop.

It comes as no surprise that their jangly, sunshine drenched indie sounds have caught people’s attention, it’s simply beautiful music. Recently they released the single ‘Easy Strand’, an infectious, feel good tune that is sickly sweet. In addition to this they will also be playing a string of intimate shows across the country. With this in mind we wanted to find out more about the band, how they started and where they are going! So we caught up with them for a quick chat.

CLUNK: Thanks so much for taking the time to answer our questions, how are you and what have you been up to?

Louis: No probs, We’re very well thank you. We have been dusting ourselves off and getting back into band life again, we shot a video last weekend and have been preparing/rehearsing for our upcoming UK tour.

CLUNK: Has anyone come to Paddy about his waterproof swimming cap with a walkman yet?

Louis: Not yet, but there are rumours of Apple coming on board to make the iCap a reality.

CLUNK: What was life like growing up in Northern Ireland?

Louis: It was pretty nice where we were. Lots of frolicking in the sea, drinking on the beach and just general mischief to be had.

Louis: Well myself, Robbie and Paddy have been friends since our school days and played in various bands together growing up. Robbie and Paddy met Jason whilst at uni in Glasgow and started a band together, then after many more years we all found ourselves in London with no musical projects and decided to start Swimming Tapes. It began with bedroom jams then when the songs came together we managed to lure Andrew with sexy pictures of Jason in his underwear.

CLUNK: In a short time you guys have created quite the buzz, did you ever expect this sort of reception?

Louis: We never expected the reaction we got when we put our first couple of songs out. When our first song went up on soundcloud we thought soundcloud was broken cause we were getting so many plays. We started this band for a bit of fun and try not to take it too seriously so any kind of buzz we get is always a surprise.

CLUNK: What did you listen to growing up and how has it affected your music? In the past you have cited bands such as Real Estate and Pavement as influences but are there any other more obscure influences?

Robbie: There are 5 of us and we listen to lots of different things. I’m in to Felt, The Rain Parade and Flying Nun stuff like The Clean. We like 60s pop, and Jason is in to SlipKnot.

CLUNK: How do you go about writing your music and what influences your songwriting?

Robbie: Usually one person will have a basic idea for a guitar progression and everyone else will start adding bits in. Sometimes it might be one simple riff, sometimes there might be a vocal melody to go with it, but the finished product is always a collaborative effort.

CLUNK: How do you think things like Brexit will affect the music industry?

Robbie: It will probably affect most industries. I suppose touring in Europe will be harder for UK bands and vice versa. A lot of creative people move to London and other UK cities, maybe they will start moving to Berlin instead and we’ll lose out on their talent.

CLUNK: Is Brexit something you are worried about?

Robbie: I worry that Brexit will provide an excuse for weakened health and safety regulations, fewer workers rights, lower standards for food imports etc. Once the economy takes a thumping they’ll start saying “we have no choice”. We’re living in a time of increasing levels of poverty and homelessness, stagnating wages, public services strained to breaking point. Can our public services even survive more pressure? It’s terrifying.

“We’re living in a time of increasing levels of poverty and homelessness, stagnating wages, public services strained to breaking point”

CLUNK: If you could collab or play with any artist who would it be and why?

Andrew: We are all such big fans of a band called Sea Pinks. They have just released another album stuffed with indie-pop goodness and it’s a gem. Really cool, direct, interesting songwriting. They release albums pretty regularly too, they churn out them bops. How would we work together? Who the hell knows, maybe Neil could produce our next album, or we could make them tea while they are next in the studio. We’d be happy with that.

CLUNK: You guys are heading out on a mini-tour this autumn, what can we expect from that?

Andrew: Yeah we are very excited about the shows in November! We are in the process of getting set lists together for each of the shows, and i guess a pretty healthy mix of old and new can be expected. We have a lot of songs that people will be hearing properly next year, but this will be a good chance to hear them early. We’re really looking forward to playing the newies – it’s always exciting to play songs to people for the first time. 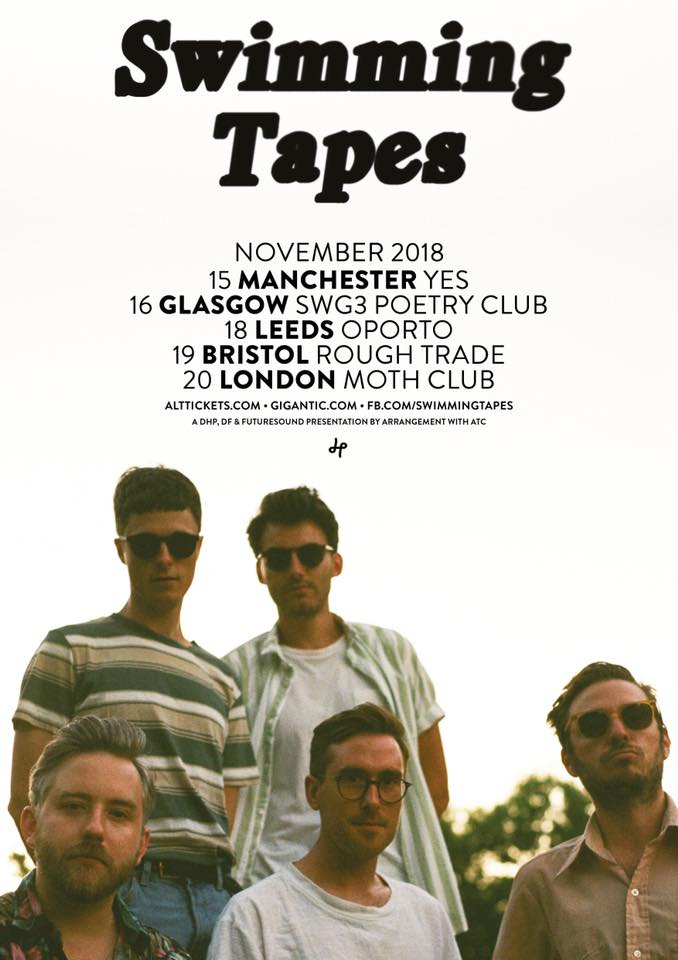 CLUNK: What is your favourite thing about touring?

Andrew: It might sound stupid but I think the best thing about touring is heading to a city where you have no real connection to and there being people there that wanting to watch your band play your songs. Being away from that safety net of a hometown show – where friends and people you know will always get some tickets, thanks guys! – and the room still being full. I think the first time that really happened was a show in Brighton, and that will always be a really special show I think, because of that.

CLUNK: Lastly, we like to finish things with a story, so could you tell us something weird/funny or gnarly that has happened to you guys?

Andrew: We’ll get back to you on that after this tour, I’m sure there will be some stories.

We Are Part Of Arts Against Austerity