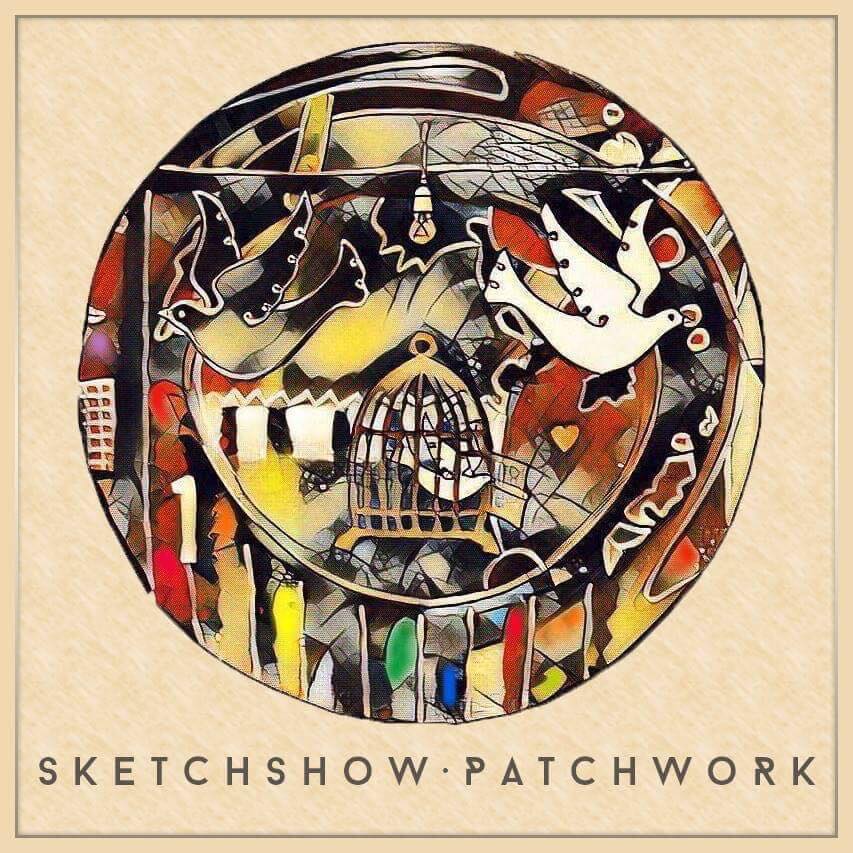 Britains’ South East coast is a breeding ground for exciting math-rock and progressive minded bands alike as of recent, with the likes of Signals, Orchards, Just and Poly-Math proving to a be just a few of a mighty driving force in the underground math/post-rock scene.

Sketchshow are the newest addition to Southampton’s thriving math family. The female fronted five piece formed in January 2017 and the band have spent the last year crafting their wonderous ‘Patchwork’ EP; exploring math-rock, pop and ambience, taking influence from artists as varied as CHON and Paramore. The debut EP is filled with angular riffs and extremely catchy vocal hooks, whilst the band keep things interesting instrumentally, there is always focus on creating catchy and memorable songs with an anthemic nature.

Intro track ‘Every Excuse’ jumps straight off the bat – showcasing the bands’ endearing yet enigmatic blend of genre spanning musicianship.

Towards the middle 8 and outro sections of this song, we really start to get a little taste of the ‘”Math” rock influences this band has to offer.

Second track ‘Esperanto’ really turned my head with the opening riff that drops about 10 seconds in. Such vibrant yet controlled sporadicism really demonstrates the bands’ math-rock roots. Such obvious influence from bands like This Town Needs Guns and CHON, is melded so perfectly with somewhat of a modern pop sensibility that could easily see the band having mainstream radio success and more.

Listen to ‘Every Excuse’ here:

Lyrically, the EP does lacks a little – the lyrics seem to lack a little in emotion and substance.  Thankfully lead singer Satin Bailey really shows off her vocal delivery skills – though she may not possess the extreme and virtuoso vocal abilities of self-proclaimed idol Hayley Williams, she definitely offers an element of expression and assertion that peaks my interest. To be the front face for a gnarly math-rock band with such energy and vigour is no easy feat. Bailey seems to pulls it off with such animated and assertive locution, that really allows listeners to be pulled in headfirst to this exciting and refreshing collection of music.

In terms of guitar work and inspirations – this thing is an absolute melting pot. Guitarists Adam Curran and Luke Phillip’s extremely varied and refreshing blend of influences set this band apart from similar acts in the scene. With prog-fuelled jazz licks and lead lines taking inspiration from guys like Plini, Sithu Aye and CHON, there’s lots of potential for things to get messy and confusing. Thankfully though, Sketchshow prove worthy once again with a brand of songwriting that really does show that the “less is more” tactic can pay off mightily. Not once on this EP the vocals become shrouded but on the other hand, not once do the guitars feel like they aren’t given enough attention either. This piece of work is a great example of a band that have a healthy relationship with songwriting – it can be very tempting in a genre such as this to show off such virtuosity but Sketchshow have not given in.

These guys will go far, without a doubt. Emerging at a time like now in such an exciting and compelling music scene; there will never be a lack of inspiration and certainly no shortage of dedicated fans, promoters and the like.

The band can be found on links below:

Tune Up This Summer With Our Summer Jams Playlist